Into the Human Light: Uganda

The Into the Human Light: Uganda exhibition brings together more than three years of work by documentary photographer and filmmaker, Dora Leticia Martinez.

In efforts to document the ongoing Smart Girl Chess Program in Uganda, Dora visited Uganda in 2013, returning frequently to cover not only the program, but to shed light on the lives of the children, their families and their struggle to survive in villages where water, clothing and educational supplies are scarce.

There she found evidence that in the far reaches of this planet, it really does take a village to raise a child.  Learn more about this impactful journey! 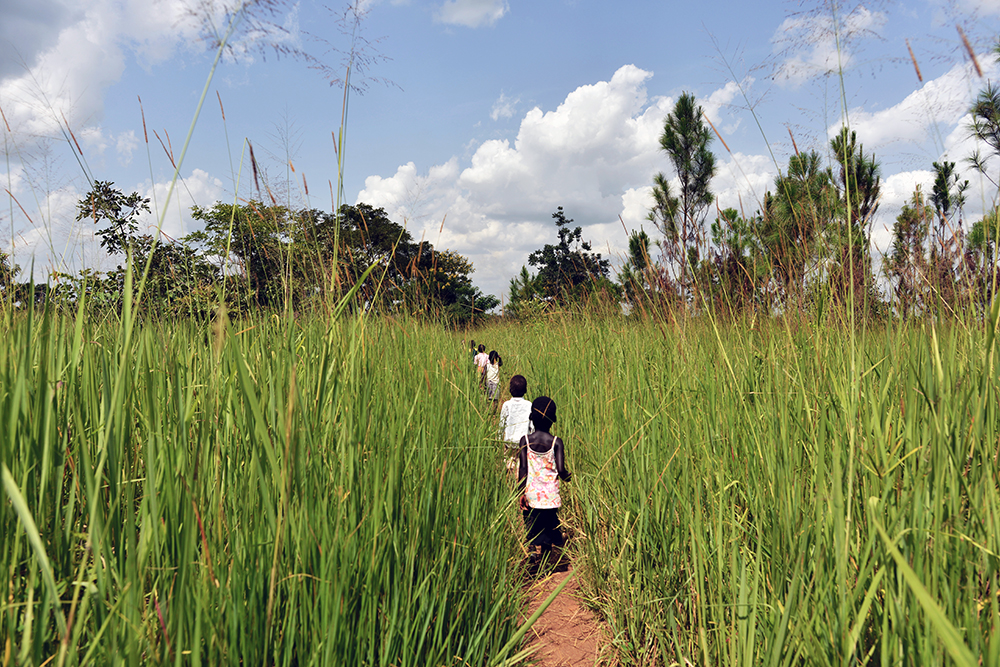 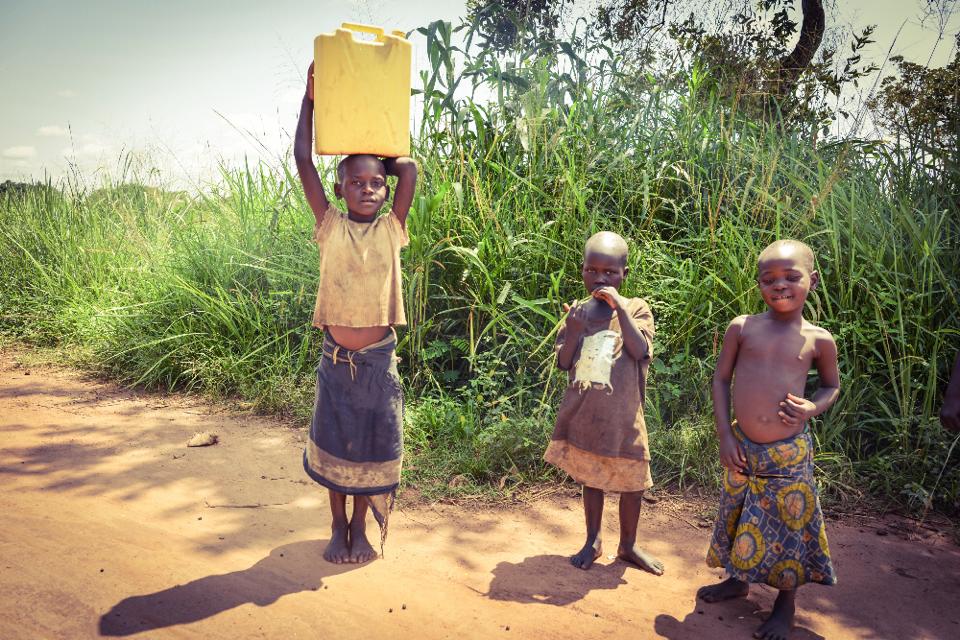 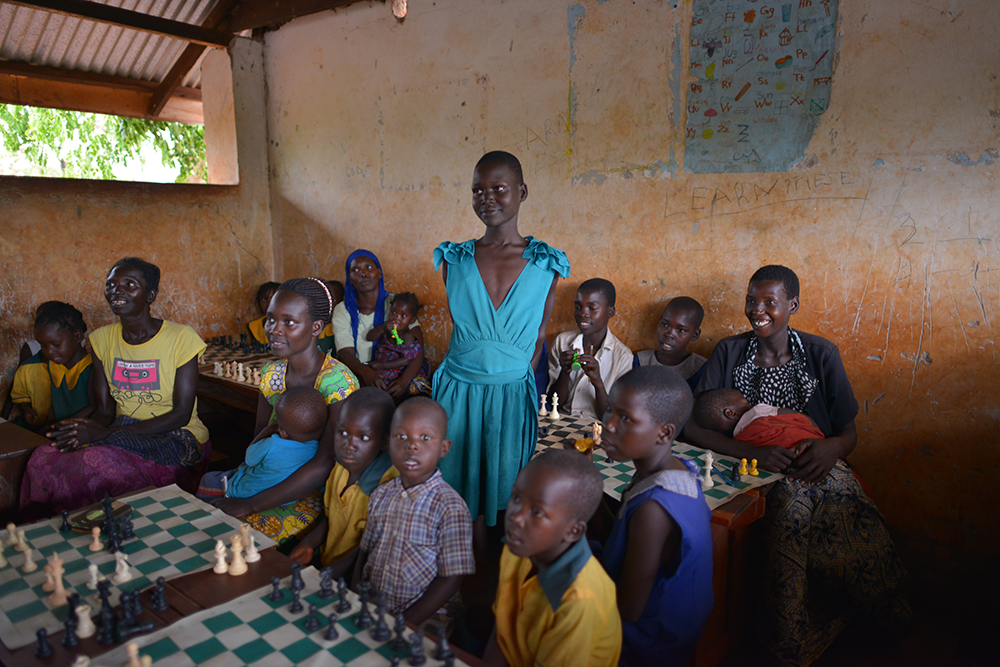 Dora Leticia is a documentary photographer, filmmaker, writer and web developer currently based in New York; she is the founder of Lens Ethics.

The need to document and share stories from across the globe has taken her to places such as Mexico, Guatemala, Chile, Argentina, France, Spain, Italy, Czech Republic, Germany, the Netherlands, Nepal, India, Uganda, and Turkey.

She visited Uganda in 2013, returning frequently to cover not only the Smart Girl Chess program, but to shed light on the lives of the children, their families and their struggle to survive in the villages where water, clothing and educational supplies are scarce. In the far reaches of this planet, she found evidence that it really does take a village to raise a child.

An intriguing and important photo exhibition, “Into the Human Light: Uganda,” is currently on display in the Tournament Room and in the entrance hall of the Marshall Chess Club until December 5th. There is a story attached to the exhibition that is worth reading below. If you miss this brilliant show, however, you can see most of the photos on the following link: www.LensEthics.org

A young woman named Phiona Mutesi was raised in one of the worst slums on the planet, the area of Katwe, in the city of Kampala, in the poor country of Uganda. She dropped out of school at age nine because of her father’s death, and her mother could no longer afford the tuition. Being virtually illiterate, Phiona sold corn and other products on the streets of her town to help her mother and siblings eek out a living. Because of the severe rains that plagued Katwe, she and her other family members slept in hammocks – raised as high as possible so they wouldn’t drown – as the raging waters flowed through the dirt floor of their shack. It was a bare existence, more than just economically impoverished, it was a sad life.

Then she found chess.

A young missionary, Robert Katende, began to teach chess to the children of Katwe, and Phiona stumbled upon the class. She was about ten years old and within a short while became intrigued and showed both talent and promise of becoming a strong player. The rest is chess history as they say: she learned to read chess books (and other things) because of her fascination with the game and a few years later became the chess champion of Uganda, and represented her country at the Chess Olympiad held in Russia. She had never flown before, never before seen snow, and met and played people from all over the world.

All of Phiona’s story is chronicled in a well-documented book, The Queen of Katwe and in a major motion picture of the same name, recently released. Phiona has become an international celebrity, certainly of chess. “A young star,” proclaimed Gary Kasparov.

Phiona’s story intrigued Marshall Board member Beatriz Marinello, who is Chairperson of FIDE’s Social Action Commission, and as a result she started the “Smart Girl” program in Uganda in order to give young girls the opportunity to learn the game, and eventually improve themselves academically as well. She raised funds, encouraged the children, and shipped chess sets and boards abroad. She visited the country several times to help organize the program with Katende, who was named the General Secretary of the Social Action Committee. Eventually the program was expanded to include the chess education of boys as well as girls. Marshall Club member Virginia Hoffmann also began to sponsor a young chess player from Katwe, Mirriam Apiyo, paying her annual tuition to attend school, and supplying her with chess equipment.

In 2013, Beatriz Marinello asked visual artist and photographer Dora Leticia Martinez if she would consider going to Uganda to document the progress of the program.

Dora traveled to the country three times and became creatively and emotionally involved in what she found there:

She found chess students everywhere, most of whom were inspired by the success of Phiona who had become known as one of Uganda’s most famous citizens.

The photos that are on display at the Marshall are not merely documentary proof of the chess activity in Uganda, but are distinctive works of art in themselves: beautifully crafted, clearly composed, colorful, meaningful, enduring. They speak of how children can pull themselves out of the dredges of poverty and work though chess, a discipline that was heretofore totally foreign to them.

The chess world and the Marshall Chess Club are indebted to Dora Leticia Martinez and Beatriz Marinello for the work they are doing in helping to bring the children of Uganda into the wonderful world of chess, and to improve their possibilities of having a fuller life.

Frank Brady (born March 15, 1934, Brooklyn, New York), is an American writer, editor, biographer, educator and publisher of international renown. He wrote one of the best-selling chess books in history, Profile of a Prodigy, the biography of Bobby Fischer, as well as countless other books and articles on chess and other subjects. A new biography of Fischer entitled Endgame: The Spectacular Rise and Fall of Bobby Fischer was published in 2011.

“Through the wonderful work that is carried out with the “Smart Girl Chess Program”, I was able to meet the wonderful people of Gulu, Uganda. Without the support of the Social Action Commission Chairperson, Beatriz Marinello and General Secretary, Robert Katende, this would not have been possible. There are no two people in the world that I’d rather walk next to – through the Ugandan bush.  These two generous souls are great examples of how a human should be – passionate with an undying faith in good. I am forever indebted to them for their support and their encouragement as I documented the lives of the children and families in Uganda.” – Dora Leticia

About the FIDE Social Action Commission

The Social Action Commission “SAC”, is dedicated to using chess as a tool for social change. SAC advocates for chess as an equalizer for gender, social and economic development, improving life skills, ethics and good character development. Learn more about their work at:  sac.fide.com

“A special thanks to the Marshall Chess Club for their support and belief in this project.” – Dora Leticia

The Marshall Chess Club was founded by Grandmaster Frank J. Marshall in 1915, it was incorporated in 1922, and has been headquartered at 23 West 10th Street since 1931. The building, a beautiful brownstone on one of the most beautiful blocks in the city, was built in 1832.  Learn more at:  www.marshallchessclub.org.

“I’d like to thank the President of Sports Outreach, Rodney Suddith for his generous support. A special thanks to Robert Katende and Aloysius Kyazze for helping me make my way to the villages that surround Gulu, Uganda – without them it would have been far more challenging to get through the long road that leads to this special place. My thoughts are with the teachers and children always.” – Dora Leticia

Working side by side with those we serve, Sports Outreach shares and demonstrates adaptability and resiliency that empowers and equips individuals, families and communities to overcome adversity, reduce suffering and be transformed.

The Chess Academy and Mentoring Center began ten years ago in Kampala, Uganda when SOM soccer coach, Robert Katende, noticed children watching from the sidelines of soccer matches he had organized. “I very much wanted to build relationships with the children who were not part of soccer so that I could influence them for the better. I picked the chess set I had right from college and started the chess sessions.” Learn more at: www.sportsoutreach.net